The IBM i Sky Is Falling? Not Anytime Soon, According to Experts. 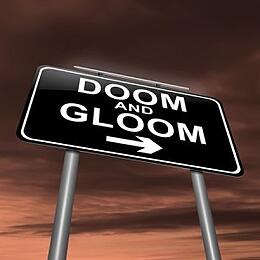 Hearing someone proclaim "The IBM i platform is on its last leg!" is something I had to get used to when I first started working at Profound Logic. I had experience working with Microsoft and Oracle, and knew those platforms weren't going away anytime soon. But IBM i?

After a year with the company and several of these "sky is falling" claims from so-called experts, however, it quickly became clear to me that the prognostication about the demise of the IBM i wasn't accurate at all.

Here's the short of it: The AS/400 is several decades old, as is the RPG programming language. Therefore, according to these experts, the platform can't possibly be modern enough to support the needs of modern businesses.

The modern IBM i platform, the OS that runs on Power Systems, supports ALL of the needs of today's businesses - Cloud, mobile, modern GUI interfaces, and new languages like PHP, Node.js, and more! The latest version of the RPG language is Free Format, hence eliminating any traces of punchcard DNA, and opening the language up to a new generation of eager, young programmers who are ready to learn IBM i development.

Another day - another scary end-of-the IBM i email!

The FUD around the "demise of the IBM i" is low-hanging fruit for ISVs selling products and services to the market, specifically platform migration services.
Migrations are often expensive, long-running ordeals, so it makes sense that you'd want to position them as an attractive alternative to running a business on a decaying platform.

Even so, I was genuinely surprised by a recent email I received from an ISV (business name redacted) that re-purposed IBM earnings information in an attempt to incite panic about the death of the IBM i platform. Terms like "End of the Runway" and "Looming Uncertainty" were used in the email with relish, as were claims that IBM is "losing money" on their Power Systems business. It would be enough to make anyone with only a casual understanding of IBM i (a business executive, perhaps) question their developers about the wisdom of remaining on the platform.

After years of dismissing the IBM i naysayers and doomsday predictors out-of-hand, had the day come when one of them had finally uncovered the truth about the death of the i?

Of course they hadn't. But before I rushed out to write a blog post about it, I first did my due-diligence. Where I stand, the future of IBM i looks rosy. The ISV market is strong and competitive (which is undoubtedly why some are resulting to scare tactics). So, I turned to a couple of people who actually know what they're talking about: IBM's Chief Architect for IBM i, Steve Will, and IBM's Product Offering Manager for IBM i, Alison Butterill. And to quote Steve:

"Anyone who is predicting - or stating as FACT - the death of this platform is Selling Something. And not getting any of their information from IBM, or its well-informed users."

Additionally, they both pointed me to a wealth of information available - blogs and IBM publications - that detail the plans for the platform in the coming years. You can see those below, and I encourage you to check them out - especially if you've recently been visited by anxious business executives wondering why you're on a "dying" platform. ;-)

As Alison pointed out to me, the IBM i Strategy Whitepaper includes a 10 year roadmap for the platform. That amount of planning takes confidence - something the IBM i team definitely has in the future of their product, and I share it.

Wishing you clear skies and many more years on the IBM i!

IBM i Strategy and Roadmap Whitepaper

Steve Will Blogs on the future of IBM i: