Recently the Node.js Foundation released their 2nd annual survey and it was a great one for the framework. Node.js has proven itself a leader in universal development with a wide range of applications for it's users. This survey took a look at key elements to determine who was using Node.js and what were they using it for.

While Node.js is used in over 85 countries around the world and within those 85 countries Node is translated into 45 languages... for the purpose of this survey the Node.js Foundation conducted this online survey in English and Mandarin (the two most widely used languages). 1405 people participated in the survey with 67% of those participants being developers. Within the survey there are several key stats to show that Node.js is not only growing in popularity, but in development use as well. Here are 4 key factors we wanted to highlight from the survey:

For the experience of developers with Node.js to be this close in % points show that Node.js is popular with new and upcoming developers and still has a lot of momentum behind it's growth. Node.js is not just a flash in the pan that will fade out, it still continues to grow traction with developers. 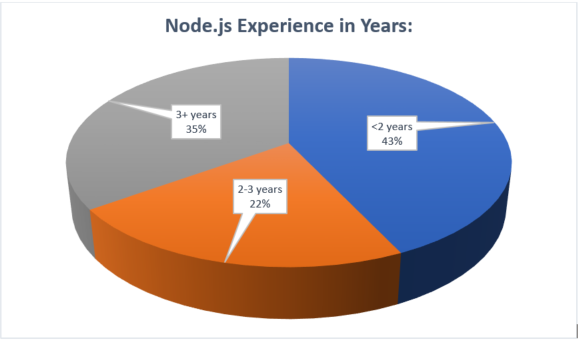 2. How Node.js is Learned

An overwhelming amount of the surveyed have learned Node.js on their own. 35% have done it with the use of no instructor using online courses and 33% of them have done it without any instruction, simply teaching themselves through hands-on learning. This shows that those who are within the development community see the potential of Node.js enough to learn its capabilities on their own. 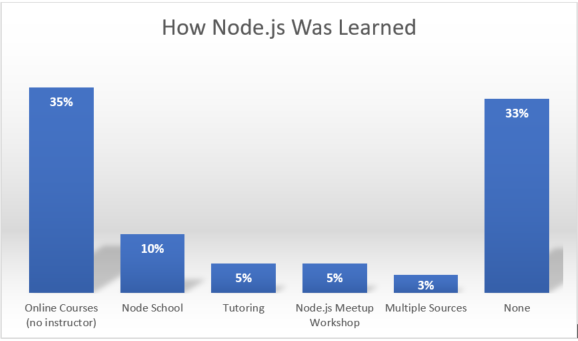 What was surprising about this portion of the survey was the overwhelming use of JavaScript as a used language. With so many options, some would argue that the field would be a bit more even in usage, but clearly JavaScript is the big winner in usage over the past year. This proves that JavaScript and Node.js are the clear cut favorites in development languages. 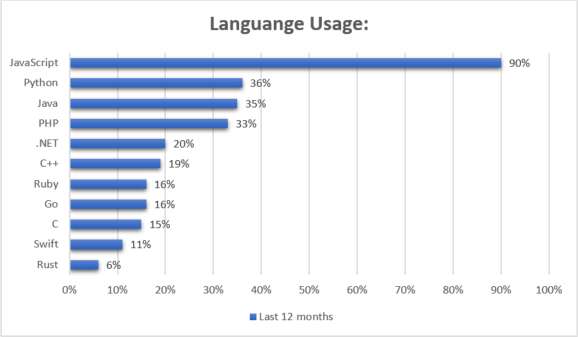 Probably the 4 most important aspects of the survey conducted were increased productivity, improved satisfaction of Node.js for the developers, the reduction of costs by Node.js, and the increased application performance when using Node.js. All of these measurements showed how Node.js can better your company today and tomorrow. 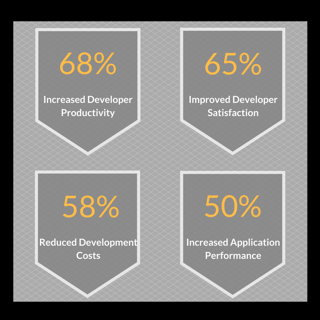 The benefits of Node.js for any company is clear and the data from those who would be using it shows that it is the wave of the future. There is even more data to make the case for Node.js and you can find the full results of the survey here.

Profound Logic has seen the power and capability of Node.js for a while and through our new product Profound.js we have made your modernization efforts even easier! Using Node.js (a clearly popular and effective framework) we make green screen modernization easy and cost effective. The agile modernization of your UI can be done without spending years of development time or millions of development dollars. Contact our team today to see how we can help!

Our second annual Profound Logic User Seminar (PLUS) is coming up! Register today to reserve your spot for this three day seminar that includes: hands on workshops, key Profound Logic speakers, and both Basic and Advanced learning sessions. The Seminar takes place November 15th-17th. Register Today!

...and get the The Node.js for Enterprise
IBM i Modernization White Paper!