Glad to have you back for this week's IBM i news roundup! This week we are looking at a top 10, a new beginning, and a way to make the world a better place. But First...

IBM's AI has been known to help in the medical, education and military field, but now it's also helping out artists in their fields...

A few months ago the new RFE functionality was released and has attracted a lot of attention from IBM i professionals about changes they would like to be made, many of those professionals have voted on their favorite (and not so favorite) RFE's from the new stack. Alex Woodie at IT Jungle put together the list of top 10 RFEs and where they stand with the IBM i community. Here is that list:

#3. Prompting in the Run SQL Script

#7. Restrict Use of Global Variables in Subprocedures

#8. Support .NET Core and Framework on IBM i

Say Sayonara To IBM i 7.1 Next Spring

A few weeks ago IBM announced that they would discontinue the support and withdraw the software of IBM i 7.1. 7.1 was the longest  supported release of any IBM i mid range platform in the history of the AS/400 and its progeny. The date for the discontinuing of 7.1 is April 30th, 2018. The hardware maintenance that is associated with Power Systems and the earlier System i, iSeries, and AS/400 is unaffected by the new withdrawal of support for this or any other IBM i or OS/400 operating system release.

Putting an end date on support for the software is a normal occurrence with operating system suppliers so that they do not have to keep experts on hand to support old software when new software is coming out (either iNext or what they may be calling IBM i 8.1).

Mr. Morgan breaks down the support life cycle of the IBM i software and gives us the run down of what to expect come April next year.

The XPrice Program is at it again with their IBM Watson AI XPrize contest. They have been busy before with contests from cleaning water, trips to the moon and even the Star Trek-style tricorders! This time they are opening up the competition, in that teams will be free to solve any issue they want as long as they fall into the below categories: Health and Wellness, Civil Society, Space and Exploration or Energy and Resources. The teams must use AI in their problem solving and can even straddle any or all of these categories.

One of our focuses for 2017 is the continued adoption of Node.js in IBM i shops. Click here to read our white paper on Why Node.js Is The Solution Your Company Needs.

And there, you're all caught up! Sounds like we have an interesting 2017! 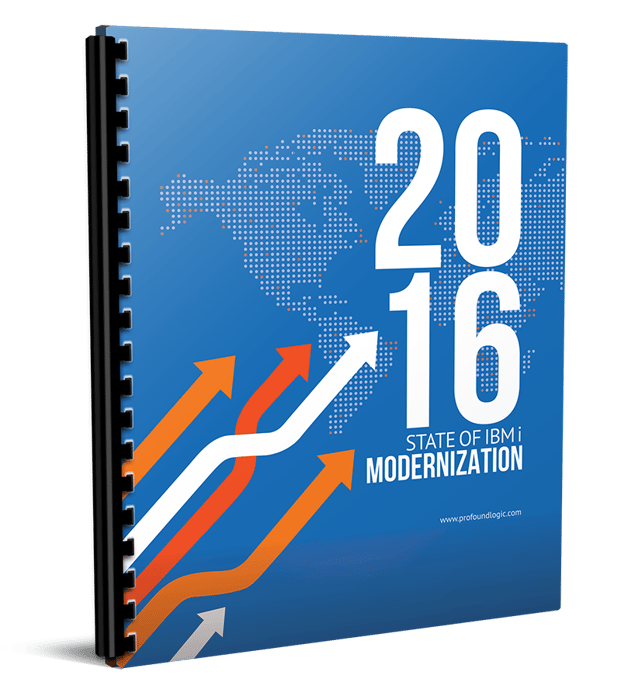