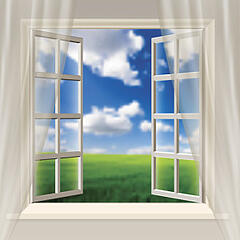 When I hear it, I immediately envision open spaces and the freedom to move wherever I like. Open technologies, including those for IBM i, are built on this principle. These programs can play well together, and keep you from getting locked into a specific vendor. You have technological freedom.

So, it's no wonder that so many vendors love to claim that they are open – it makes them look good! Some will put the word “open” into their marketing campaigns and product names. But are they really as open as they say and can they really avoid lock-in like they claim?

The simple truth is: just because the word “open” is in a name, it doesn't automatically make that technology or product open.

Let's examine this in more detail using the following scenario:

Your RPG applications are able to run in web browsers and mobile devices thanks to a Handler that works with IBM i's RPG Open Access feature. Furthermore, within RPG Open Access, there is the ability to store metadata to describe the user interface associated with the display file. The approaches to storing and describing that metadata vary from IBM i modernization ISV to ISV.

In our scenario, Customer X uses a third party Handler to build and modernize IBM i applications. A few years later, that customer decides they aren't happy with the vendor’s Handler and would like to either build their own or use another vendor altogether. But instead of starting from scratch, they would like to reuse existing metadata in their application since so much effort went into building it.

Now, if the metadata format from their original vendor was “open”, they should be able to do this easily. They could just take the published metadata details and write their own Handler or translate/import it into a format they prefer. But in reality, this isn't always the case.

Certain vendors will claim “openness” by publishing quasi-standards for wrapping metadata in XML, but unfortunately they don’t tell you in any great level of detail about how to actually define that metadata. For example, defining a UI element in an application, like a dropdown menu, still remains proprietary to that specific vendor’s implementation. The customer then has no way of reusing the metadata, because the details remains unknown and proprietary. In this case, "open" isn't very open at all!

Profound Logic has taken a different approach -- a true 'OPEN' approach to IBM i Application Modernization! 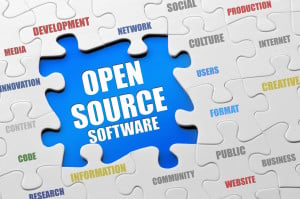 We worked closely with IBM to help define how RPG Open Access would be delivered. We were also the first vendor to publish an RPG OA solution, and decided that everything that we store as RPG OA metadata should be publicly known. Consequently, every single type of UI widget and every single widget property in our solution is publicly described. Not only that, but we also published the code to process the metadata as open source. Our rendering code is freely available for anyone to use, reuse, and contribute to. No other RPG OPEN ACCESS solution has done this!

So, while we don’t use the word “open” in our product names, we offer by far the most open implementation of RPG Open Access and metadata storage.

This is just one of many reasons why IBM i shops choose Profound UI for their web development, mobile, and green-screen modernization needs!