Since 1999, Profound Logic has given business around the world the tools to modernize and develop new web and mobile applications for IBM i  (AS/400, iSeries).

This week, our focus is Kansas Turnpike Authority. Read more....

Kansas Turnpike Authority (KTA) maintains over 230 miles of user-fee supported tolls that stretch from the border of Oklahoma to Kansas City. KTA is dedicated to providing economical, safe, and high-quality highway transportation services. KTA has used the IBM i platform for decades because of its reliability and stability and built their business around the platform, including financial and HR software. The cornerstone of their business is the home-grown application K-TAG which enables the organization to manage all electronic customer interactions. As KTA continued to grow, the legacy green screen interface, limited user functionality, and dated navigation created challenges for new employees.

Blake Butterworth, Sr. Programmer Analyst for KTA, explained "There's much more of a learning curve and challenge to using the green screens. Point-and-click interfaces are much more intuitive, and web interfaces give developers more freedom and flexibility with applications than when you're limited by a fixed layout in a green screen."

In addition, KTA's technical team were dealing with the perception of the IBM i as "outdated" by upper management due to the K-TAG green screen interfaces, so updating to a modern web-based interface was the next logical step.

"Point-and-click interfaces are much more intuitive and web interfaces give developers more freedom and flexibility with applications than when you're limited by a fixed layout in a green screen."

KTA needed a solution that would help them tackle the modernization of a 20+ year, home-grown application without slowing down the development efforts of their team. This is where Profound UI came in. With its integrated suite of IBM i modernization tools, Profound UI was the perfect fit for KTA's modernization needs. 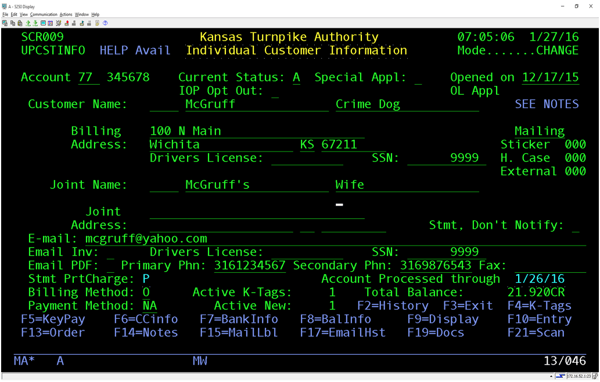 Travis Riggins was brought in to head the development effort using Profound UI. Riggins quickly realized all of the benefits of the Profound UI suite.

"Once we looked at the original application code, we realized that a re-write would be necessary to make the applications display properly in a Rich Display. Profound UI was the first product I've ever seen that does not slow down the development effort at all. We could develop a rich interface with so much more functionality than a green screen, in the same amount of time."

The amount of time it would take to complete a modernization project of this size was one of the top concerns of upper management, but with Profound UI's native approach to GUI development, it only took a few weeks to roll out a completely new interface.

Bringing K-TAG's end users into the modernization process was another key to their modernization success. By using Profound UI's tools, KTA was able to convert 100% of their end users into their modernized application. Customers were able to use the new Web interfaces immediately because the point-and-click format was so familiar. The new modernized application also helped KTA's customer service team better assist their customers throughout the process.

Customer Service Manager Gary Culbertson explained, "This evolution to a web-based, user-friendly tool has been extremely important. It allows our staff to be more efficient. It also gives me and some of our executive team access to trends and general program information that helps us make better decisions." 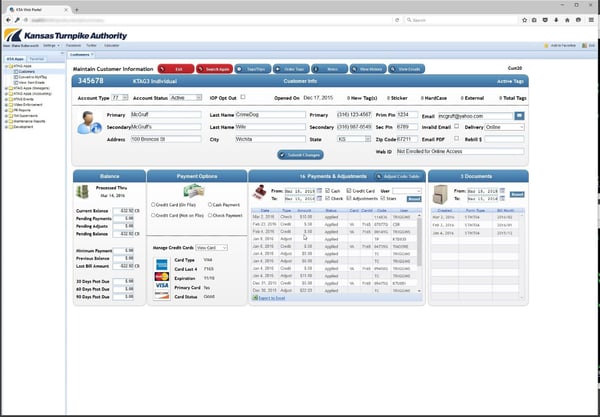 The modern applications have not only made KTA's end users happy, they have also secured the future of their IBM i investment. As the aging RPG development population gets closer to retiring, businesses are struggling to find younger developers to take their place. Having a robust and modern rich Web interface helps to attract those younger developers who aren't familiar with green screen applications.

"This evolution to a web-based, user-friendly tool has been extremely important. It allows our staff to be more efficient. It also gives me and some of our executive team access to trends and general program information that helps us make better decisions."